The purpose of this study was to investigate and analyze the security status of Azadi football stadium based on the factors affecting the security of Iranian soccer stadiums. For this purpose, using a descriptive-survey study, the views of 384 spectators and 36 managers and officials of Azadi football stadium by Faraji questionnaire (1393), in which its validity was assessed by 9 professors and experts and its reliability by alpha Cronbach (spectators and managers p=0.909) was evaluated. Descriptive statistics and descriptive statistics were used for analyzing the data. One-sample t-test was used for analyzing the data. The SPSS-23 software was used and the LISREL software was used for structural equation modeling. The results showed that factors and safety components of Azadi football stadium had a favorable situation because the average obtained from the hypothetical average was higher. Also, the results obtained from the structural equation model showed that it was fitted appropriately.

Long Abstract
Introduction
Since Azadi Stadium has been the largest and most powerful national stadium in the country and a place for holding national and international sports events for consecutive months, and at the same time, it accommodates many spectators to watch live football matches, reviewing and assessing the security level in this stadium is has a great importance. Reducing the quality and quantity of security in this stadium, especially during soccer matches, can have dire human consequences. Considering that the scope of study of Hemmati- Nejhad et al. is limited to Gilan province and the study has been done theoretically, the question that came to the researcher's mind was whether this model is true for Azadi Stadium due to its geographical location and its centrality in holding international football events or not.
Research Method
This research is being considered applied, in terms of application; in terms of purpose, descriptive-explanatory; in terms of information seek, quantitative; In terms of data presence, practical and in terms of data source, it is considered primary (Patrick et al., 2014). In the statistical year of 2016, using the Faraji questionnaire, the opinions of the spectators and managers of Azadi Sports Complex in Tehran about the security components of this stadium have been studied. The statistical population of this research is made of two groups, the first group includes all managers, officials and staff and the second group is the spectators of Azadi Football Stadium. Due to the limited number of managers and staff, they used the sampling method of all of them, which was a total of 36 people and were selected as a complete sample in the first part. In the second part of the statistical population, the sample size was selected according to the purpose of the research to select the sample size of spectators for the test, power test and alpha level of 0.05. The Faraji Questionnaire (2014) was used to collect data and the questionnaire was designed based on the four factors of infrastructure, physical protection, management and planning, and personnel. A research or experiment must have two types of validity (internal and external) in order to play an important role in the development of knowledge. In this research, we have tried to exercise proper control over the variables and to prevent the cases that reduce the internal validity of the research, as much as possible. In other words, in this research we have tried to eliminate any ambiguity in the accuracy or inability to deduce data. The face validity of the present study was confirmed by several professors and experts in sports management (9 people) and then the questionnaire was distributed among the statistical population. In this study, Cronbach's alpha test was used to assess the reliability. Cronbach's alpha for the whole questionnaire was 0.90, which indicates the excellent reliability of the questionnaire. To fit the model and to analyze the statistical tests, Spss software version 23 and Liserl software were used at 95% confidence level with an error level of 0.05.
Research Findings
The results showed that the factors and components of security of Azadi Stadium, with the exception of factors and components of design and construction and training and rehearsal of staff and personnel from the perspective of users (spectators), were in good condition. Because the obtained average was higher than the hypothetical average. Also, the results obtained from the structural equation model showed that it had a good fit.

Conclusion
The results showed that there is a significant difference between the current situation and the desired situation in Azadi Stadium regarding the security of Azadi Stadium based on infrastructural factors (design, construction and technology) of managers and users.  This means that the average of users was lower than the hypothetical average and the managers had a better opinion about the design and construction of Azadi Stadium rather than the users (spectators).
reference:
-      Dastgerdi, Mehdi, Dabiri, Alireza, Shariati Feyzabadi, Mehdi. (2020), Structural modeling of anomaly concepts in Iranian stadiums. Karafen Scientific-Research Quarterly, 16 (46), 189-206 [Persian].
-      Hemmatinejad, Mehr Ali et al. (2017), Prioritization of Factors Affecting the Security of Iranian Football Stadiums Using Hierarchical Analysis Method, Sports Management, Volume 8, Number 1, pp. 69-85 [Persian].
-      Patrick.D. Andrew, Paul.M. Pederson, Chad D. McAvoy. (2015), Design and Research Methods in Sports Management, Translator; Dr. Hashem Koozechian et al., Second Edition, Hatami Publications, pp. 30-34.
-      Rahimi, Qasim, Ali Mohammad Amirtash and Mohammad Khabiri. (2003), A study of safety management in the country's football stadiums from the perspective of spectators, players and executives. Research in Sports Science, 4: 52-32 [Persian].
-      Shah Mansouri, Ezatullah and Seyed Amirahmad Mozaffari. (2007), Causes of sports crises and how to prevent them in the fields of software, hardware, hardware and media, Research in Behavioral Sciences, 12: 106-87 [Persian]. 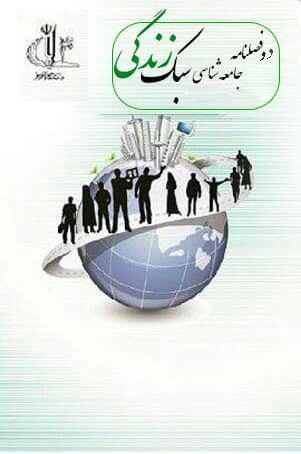